Written by Dallas Jansen on January 11, 2021. Posted in Spirits. Leave a Comment 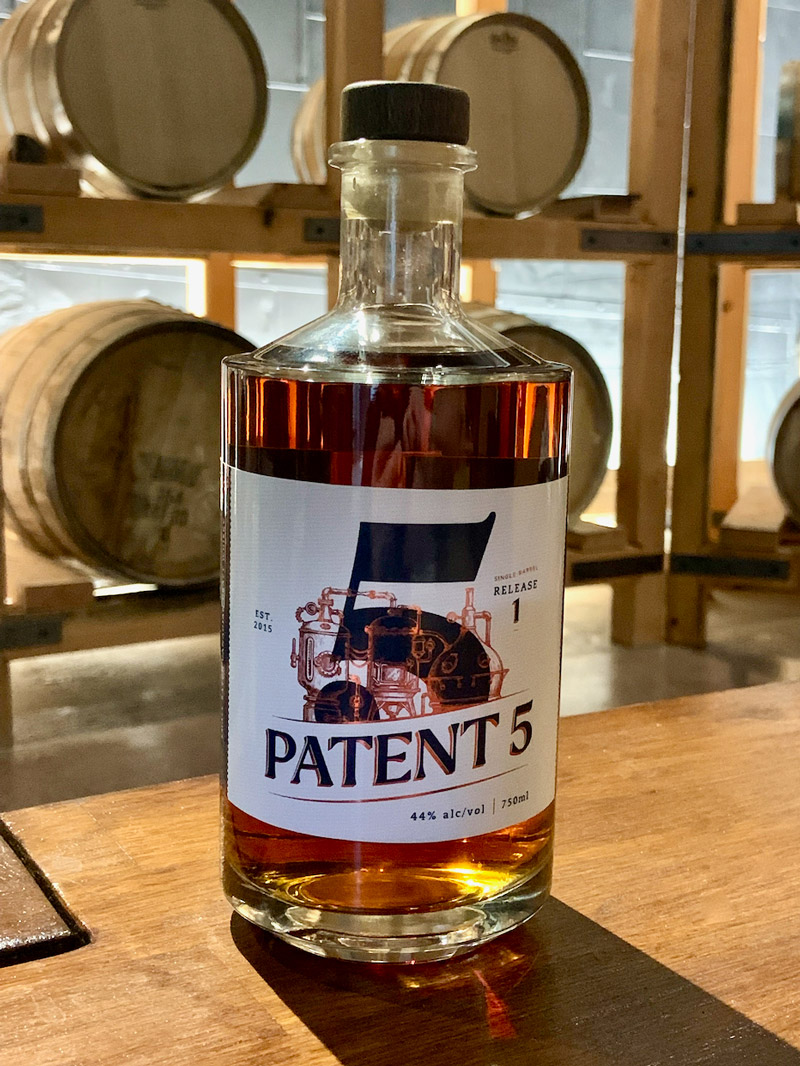 “There hasn’t been a distillery in downtown Winnipeg since Radiger & Erb closed their Higgins Avenue distillery in 1880,” says Brock Coutts, Patent 5 owner and lead distiller. “This new spirit has taken us more than 4 years to create and was made by marrying modern distilling methods with a traditional process that Winnipeg distillers would have followed 142 years ago.”

So, what makes this whisky — which Coutts and his team are calling ‘Single Barrel Release 1’ — so worth the wait?

This product is sold out.

Patent 5 whisky is a celebration of the history of Winnipeg’s distillers and a salute to modern methods.  This release was distilled in a traditional pot still – double- distilled actually – like whisky was a hundred years ago and still is by traditional distilleries. Barrelled in a first-fill American white oak medium-char barrel and aged in our barrel room, our early tastings revealed that the pot distillation and the whisky yeast had created beautiful fruit esters.

To further develop those fruity esters, the team at Patent 5 knew that to get the flavor profile they wanted they needed to source some unique oak.  They chose to use a more modern aging technique, finishing the spirit in a French oak barrel that previously housed aged PX sherry.

The sherry creates a gentler whisky, with the spice still present but with a warmer edge, fruitiness, and floral notes that add greater depth and complexity to the flavor.  The whisky was brought to bottle proof (88 proof or 44% abv) with the addition of Manitoba spring water.  The spring water brings a hint of minerality to the finished product.

Aromas of baking spice, gingerbread and banana are detected on the nose with notes of sweet berry, dark cherry and hints of peach and almonds. The finish is smooth and warm with hints of dark chocolate.